Get a quote for your Audi

How to sell your Audi

Audi is the luxury arm of the Volkswagen Group, one of the trio of Germany’s ‘big 3’ luxury carmakers.  It is surprising how many people don’t actually know that Audi is owned by Volkswagen – acquired by them in 1996 – assuming incorrectly that it is a brand in its own right.  Audi was also owned by another company, Daimler-Benz before it was acquired by Volkswagen.

Audi is very popular amongst a younger demographic looking for a unique and stylish design and specifically targets this market.  Audi has been around for over a century, founded in 1910 with a longer and more complicated name that was only shortened to Audi later on.  However, Audi has its roots earlier than that, in a company called Wanderer and another, NSU, which both merged with Audi in the later years of the 19th century.  The four rings which make up Audi’s symbol represent the merger of the four companies that originally made up the Audi union.  The four rings were only initially used on Audi’s racing cars but after the Second World War, the emblem was adopted for all of Audi’s cars.  There is a similarity with the five-ring logo for the Olympics which has always troubled the International Olympic Committee and they actually sued Audi in 1995 over the perceived similarity but without success.

Audi’s slogan is “Vorsprung Durch Technik” which means “Advancement through Technology” although, in America, the tagline has been updated to “Truth in Engineering”. The legend goes that the name, ‘Audi’, was actually suggested by a child who was in the vicinity when the company owners were trying to devise a new company title.  The name means ‘to hear’

Audi has always been a trailblazer when it comes to innovation in design and in September 1921, Audi introduced the Type K at the Berlin Motor Show, remarkable because it was the first car that introduced left-hand drive, something that later would become standard on all continental cars from the 1920s.  Audi was famously the earliest car maker to perform a recognised crash test which first took place way back in 1938.  Audi was also responsible for ‘Shelley’, the first autonomously driven car to make it to the top of Pike’s Peak in the Rocky Mountains, an area with an elevation of over 14,000 feet.

In the 21st century, Audi is split into two divisions, Audi e-tron and Audi India.  Audi e-tron is the division producing hybrid technology and electric cars whereas Audi India was established specifically to service the Indian market and Audi’s presence is growing significantly across this continent.  Audi continues to be true to its motto and is always pushing the boundaries in advanced engineering technology. 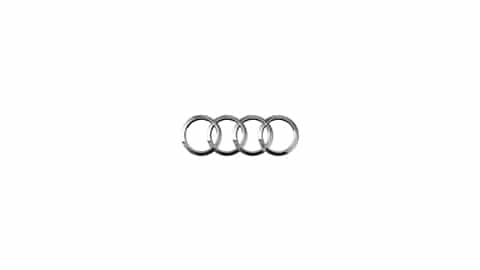 "Dealt with Eldon now for 20 years and wouldn't consider going elsewhere, honest, professional and most importantly the money is always in the bank. Never any hassle"

"Very straightforward to deal with. Open and honest"