Get a quote for your Mercedes-Benz

How to sell your Mercedes-Benz

Mercedes-Benz has a reputation for producing both luxury cars and commercial vehicles, particularly quality lorries and vans under the slogan, “the best or nothing”.  In 2018, Mercedes-Benz was the largest seller of premium vehicles on the planet having retailed 2.31 million passenger cars.

Gottlieb Daimler is the real name behind Mercedes.  Born in 1834 in Schorndorf in Germany, Daimler worked as an engineer and draughtsman setting up on his own in 1882 in a workshop at his villa in Cannstatt with the intention of developing a four-stroke petrol engine.  By 1884, Daimler has created an internal combustion engine which became known later as the ‘grandfather clock’.  In order to fund the production of this engine, Daimler joined businesses forces with other people in 1890 and the Daimler engine began to gain popularity but unfortunately, Daimler died of heart disease ten years later in 1900.

The Mercedes car was first marketed in 1901 with the technology developed by the now-deceased Daimler and his remaining colleagues.  The first Mercedes-Benz branded cars were produced in 1926, a blend of Daimler’s original technology and the 1886 Benz Patent-Motorwagen which dated back to 1886 and is universally awarded the accolade of the original combustion engine to be used in a self-propelled vehicle.  Interestingly the fuel for this engine was not petrol but a volatile petroleum spirit called Ligroin.

Legendary (or should that be notorious) for all the wrong and the right reasons, the Mercedes-Benz was a regular favourite with Adolf Hitler during the 1930s who often drove models with bulletproof windscreens.  Mercedes-Benz was also the manufacturer of choice on many occasions for the legendary ‘Popemobile’ which is used to convey the Pontiff safely through crowds of followers and well-wishers.

Post-war, Mercedes-Benz worked hard to shake off its connection with military production in the Third Reich and by 1958, we’re selling their cars to the US.  Throughout the later years of the 20th century, Mercedes-Benz continued to increase output using the twin principles of design and quality manufacture and now holds a lion’s share of the world’s passenger car market. 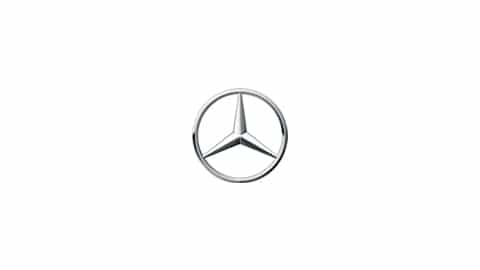 “The professionalism from Eldon impressed my wife and myself, and what could have been a stressful experience, selling our car, turned out to be the exact opposite.  The service received was outstanding and the price quoted on the telephone was the price we received, and all carried out seamlessly.
We would certainly recommend Barnfield Cars to anyone, either buying or selling, and will look to deal with them again in the future"