Get a quote for your Porsche

How to sell your Porsche

The Porsche name came from Ferdinand Porsche who worked as a motor engineer lending his skills to other brands in his career like Daimler-Benz, Volkswagen, and Mercedes.  Ferdinand Porsche was something of a trailblazer, designing the first electric/petrol hybrid engine as early as 1900.  Porsche ran an independent design company that, amongst other things, was responsible for the creation of the Volkswagen Beetle in 1931.

Ferdinand had a son called Ferry Porsche who went on to join his father’s company as a draughtsman and test driver.  Rather ironically, he became involved in the design of the first-ever car to bear the Porsche name whilst his father spent twenty months in prison in Dijon in France as a war criminal.  Ferry designed the Porsche sports car and racing cars during his father’s absence to keep the family firm afloat.

The first Porsche was the 356 and had a rear-mounted Volkswagen engine and parts sourced from anywhere else Ferry could find them – this was post-war Europe after all.  The cars were hand-built at Porsche’s headquarters in Austria. The Porsche 356 won its first race a month after leaving the factory.

The flagship vehicle came from Porsche in 1963 with the creation of the iconic Porsche 911 with a two-litre, six-cylinder engine and the advent of this then supercar ended the Porsche production of the 356 two years later.  In 1970, the 911 was replaced by the 914, and then in 1976, the 924.  This iconic car continued in production for Porsche putting it on the map for sales of a world-beating sports car for the general public for more than half a century.  The manufacture of the 911 and its successors represents one of the longest continuous production periods for any car in automotive history.

On the racetrack, Porsche more than held its own during the 1950s, 1960s, and 1970s.  In 1984, Porsche, the brand, went public having been a wholly family-controlled company since its inception.  The Porsche family retained 50% of the shares and in 1988, fifty years after designing the 356, Ferry Porsche died.

In 1990, Porsche introduced its ‘Tiptronic’ clutchless manual transmission which remained unchallenged as an innovation for nearly two decades before being replaced by the dual-clutch PDK system in the 2009 911 Porsche Carrera.  Porsche has five models on the market, the 911 Carrera, the Boxter, the Cayman, the Cayenne Sports SUV, and the Porsche Panamera. 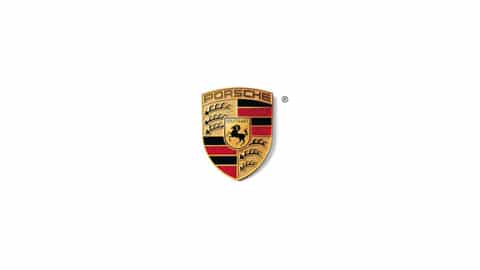 “Many thanks for the excellent service today.  Everything was executed in they way you both said it would  – there was no hassle with the transfer of funds and I appreciated your professionalism throughout the process.  I will certainly recommend you to any of my friends”

“Won’t ever go to a main dealer ever again, exceptional service and attentive to the details that most would have missed”